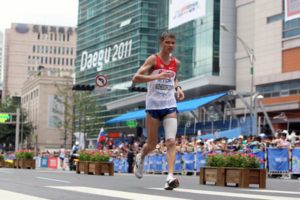 Russia is again involved in a doping scandal that seems will not calm down; 14 athletes failed the first test carried out on the samples of the Olympic Games Beijing 2008 and 11 of them are from Track&Field.

After Anna Chicherova, Olympic high jump champion in London 2012, TAS announced the names of the athletes that made use of illicit substances. At present, they have not been confirmed, it is necessary to make a re-test on the sample B; if this one results positive as well, the proper measures will be taken.

The sample B will be tested in June in an Australian laboratory, we need to have patience a little bit before to know if these athletes had actually used forbidden substances; in this case, many medals will be re-assigned and the probability to see the Russian athletes at the next Olympic Games could be lower and lower.