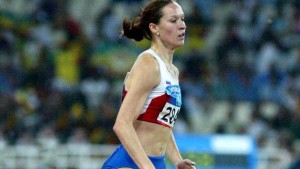 In December the Russian Federation had banned the Helsinki 2005 World Championships 800m bronze medal, Tatyana Andrianova for two years, after IAAF tested some positivity to stanozol in the anti-doping samples gathered during the competition and re-analysed ten years later: TAS cancelled the ban.

The athlete had appealed to TAS asking for the ARAF decision annulment because too much time had passed since the World Championships. Last week the tribunal legitimated the athlete’s position, thus cancelling her ban.

In fact, as WADA stated, the available time for the re-test if the Helsinki samples was 8 years and the introduction of the new regulations, which widens this time span to 10 years, does not affect those samples.

Therefore, no ban for athlete who made use of doping substances and, since ARAD decisions were annulled the bronze medal will not pass to Maria Mutola.

For the same reason, all the allegations againstTatyana Lysenko, Olga Ryabinkina, Yulia Pechenkina, Alexei Voevodin and Ekaterina Volkova were dropped as well.