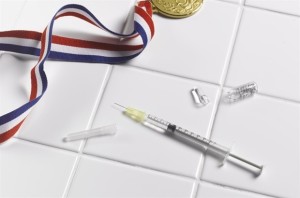 Numerous doping cases occurred in the last period but some of these positivities could go unpunished; in fact, according to the rules it is not possible retest the Helsinki 2005 champions since too much time passed.

This is what emerges from a WADA email addressed to the press agency of the Associated Press. In fact, it seems IAAF has wrongly interpreted a change in the rules that took affect from April 2005, deciding to repeat the tests done on the world champions between 2005 and 2007. From these retests, 28 cases of positivity arose.

The change in the rules set by WADA is about the time limit when it is possible to retest the samples; it changed from 8 to 10 years at maximum. Although, IAAF had not understood that the maximum limit to retest the Helsinki World Championships samples had already expired and that “If the limitation of 8 years had expired before the 1st January 2005, it is not extended to the 10 years under the new code“, as according to AP Ben Nichols, WADA spokesman stated.

Hence, among the athletes who won medals in Helsinki there might be some “cheating” that will go unpunished. There are at least two athletes who will take advantage from this happening: the Russian Tatyana Lysenko and Tatyana Andrianova, both temporarily suspended by IAAF after the retests, that might have all their allegations drop.