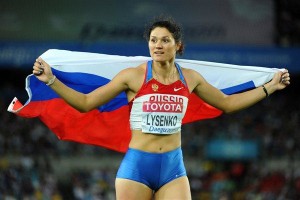 In these days, it is circulating the news about 18 Russian athletes resulted positives for the dope retests of the World Championships Helsinki 2005; the first revealed name is Tatyana Lysenko, the Olympic hammer throw champion.

IAAF confirmed the provisional suspension for the athlete since other analysis are in progress; the athlete has already been banned for two years because of another case of positivity on 2008 that did not allow her to compete from the 15th of July 2007 to the 14th of July 2009.

During these two years all the titles awarded from the 9th of May 2007 have been cancelled, including the World Record of 78.61m, awarded on May 2007.

We only have to wait for the results of the last analysis to know if the disqualification will be decisive and, in that case, how long the suspension will last.