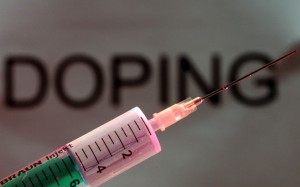 Various Russian newspapers are spreading the new about 18 positivity doping cases after a second test of the samples collected during the World Championships in Helsinki 2005.

The Russian sport Ministry, Vitaly Mutko, confirmed the news stating that there are almost 18 athletes under investigation and that, currently, it is not possible to declare anything sure or even to name some athletes.

Rumors about the names in the list started circulating but nothing can be taken as granted except that Russia won lots of medals incorrectly and doping did not spare anyone. We can only wait the news to be officialised to discover who are these 18 athletes who have violated the antidoping laws.

On the opposite side, IAAF answered through its press agent Yannis Nikolaou stating they do not know which kind of infractions have been committed by the 18 athletes but they had already raised some doubts about Helsinki 2005 last August.

In the meanwhile, IAAF Commission is keeping evaluating the laboratories and the antidoping laws in Russia, that is currently out of the competitions, in order to decide if it will be readmitted, thus it can participate to Olympic Games in Rio, or if it will be definitively banned since it will be regularized.