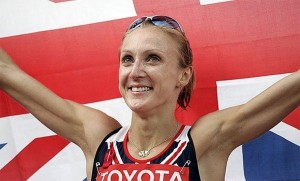 The accusations of doping that concerned several important names in the World athletics in this last period led to some of these athletes, Mo Farah and Jo Pavey among them, to publish their own blood analysis to show they are clean.

As she explained to BBC, making this news public could cause misunderstandings and those who want to cheat could understand within which limits the hematic values are accepted and, consequentially, they could manage to falsify their own results.

The biological passport is very hard to understand for non-experts and to publish one’s own analysis does not automatically mean that an athlete is clean since a 100% trusted method to determine the use of doping does not exist yet.

Paula Radcliffe always showed to be a great supporter of the fight against the doping and she states to be satisfied by her results because looking back to her past she will be able to sat: “Yes, I managed to do that, I did my best”, a thought that athletes using illicit substances will never have. It is very important to keep believing in our own ideas and to have good ethics because, at the moment, it is the most powerful anti-doping.

The world record holder pauses talking about Lord Sebastian Coe, the new IAAF president, a person that she considers to be adapt to the role because gifted of great strength and capable of carrying out everything necessary to eradicate the scourge of doping, without having fear of realize reforms which could be contrary to many people. The World federation needs to be more transparent and explain things which were not explained previously.