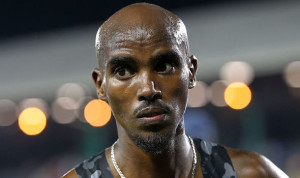 After the heavy allegations of last days to the athletics world, Mo Farah, british idol and two times olympic champion, decided to push away every doubt on his person and his moral giving the consent to publishing data about his blood tests, against IAAF reccomandation to stay low profile to avoid data being misunderstood.

A UK Athletics spokesman annouced: “We support the publications of all athlete testing records and we would encourage the IAAF and WADA to support this procedure”

“Athletes that have chosen to allow their results to be published” continued “have in many cases asked for guidance before agreeing to do so, in order to be better informed of any risks involved”

Farah and co.’s decision arrived after the London Marathon report saying the race has been won 7 times in 12 years by athletes with suspicious blood values (almost a third of the 24 races considering men and women) although UKAD, United Kingdom AntiDoping Agency, strongly defends the validity of their tests.

Document relased after data analysis says that 1 out 4 winner of the big city marathons should have been banned or investigated.