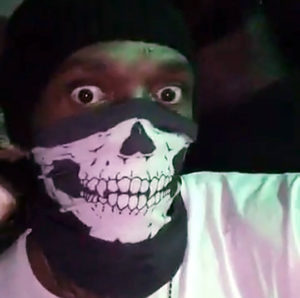 When you are a top athlete, you have to expect anti doping controls in every moment of the day and the night.

Some nights ago, a lot of athletes were celebrating Halloween, and among them there was also the king of velocity and of parties, Usain Bolt.

No particular mask for him, only a bandana with a skull: this was Bolt’s costume for Halloween,

While he was having fun with some friends, posting pictures on Snapchat, someone knocked at the door, showing a well-known paper to the athlete.

It was the anti doping team asking for a sample of the urines to the pluri-champion; on the socials, the athelte later posted a picture of the antidoping sheet with the comment: “My best friends, they never leave me alone”.

By now, Bolt is used to this kind of things and he often says to be continuously tested; every time he does with no problem to show the world that you can be fast and win even without using forbidden substances.