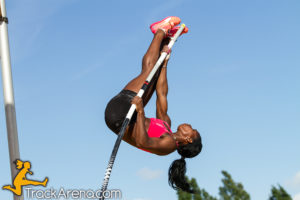 Only four days left to the olympic adventure for athletics.

Few hours ago IAAF published the final entries, which will become official only on the 10th of August. Usain Bolt will be protagonist again looking for the third triple gold medal after Beijing 2008 and London 2012, but the jamaican sprinter need to keep an eye on Justin Gatlin who will try with all his energies to take the title on the 100m.

Renaud Lavillenie wants to forget about the medal lost at the European Championships less than a month ago due to a NM. The field is not so easy although, seen the presence of Shawn Barber, Raphael Holzdeppe e Sam Kendricks.

Women pole vault will be interesting too, difficut to predict a winner; Yarisley Silva, Fabiana Murer e Sandi Morris are going to make up a great show.

Below some useful links to be prepared for athletics at Rio 2016 Olympic Games.