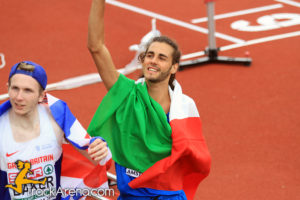 After the European Championships, the Diamond League restarts with the stopover at the Herculis of Monaco that will take place this Friday.

Among many athletes, there will be the Italian Gianmarco Tamberi, known as Half Shave, who is awarding many relevant titles during this season as during the Indoor World Championships and the European Championships, some days ago.

The meeting organizers decided to give for free the ticket of the public stand to all those will show up at the entrance of the stadium half shaved, as the Italian athlete.

Nice initiative to involve more people but a question arises: how will the women do?