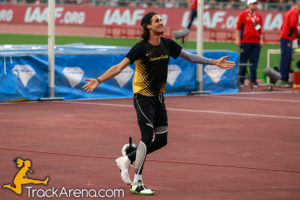 Tuesday in Rome the Olympic Stadium was lit up for the 5th leg of the IAAF Diamond League, the ”Golden Gala” entitled to the italian legend Pietro Mennea.

Many WLs and almost a WR have been obtained by the spectacular field of athletes who enrolled the competition.

We had some photographers active during the competitions, here you can find the pictures they took.