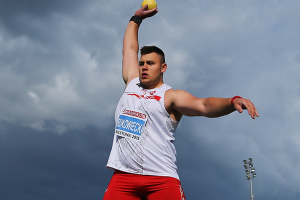 After only one hour from the start of Ostrava Golden Spike two World Records have been rewritten.

In shot put instead, Polish big guy Konrad Bukowiecki, improved his PB with the 7,26kg put with 21.01m, U20 World Record.