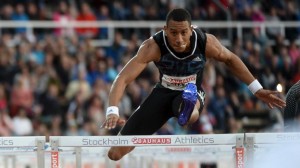 We have already talked about the decision of the great hurdler Orlando Ortega to choose the Spanish Federation after the umpteenth debates with the Cuban Athletic Federation, finding in Spain his home and refuge.

IAAF rules enforces the athletes who change their passport they cannot represent the new Country before three years have been passed since the last race with the previous federation.

For this reason the champion had to skip the World Championships in the previous season. Of course, the athlete’s eyes were looking towards Rio 2016, for which his partecipation is still not sure since his last apparition with the Cuban national team is dated 18th of August 2013; making the due calculations, he would have actually managed to run in the Brazilian city.

He was though stopped by IAAF, which stated the official change of nationality will take place on the 5th of November 2016, a date which is still far away from this summer’s games.

Therefore the 110hs race loses another favourite, since the partecipation of the Russian World Champion Sergej Subenkov is still in doubt due to the doping scandal.