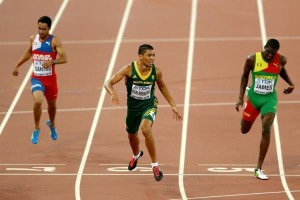 He had not been running on 100m since Junior category and he had a record of 10”45, definitely too low compared to the results run in these years. After a qualification run in 10”12, Van Niekerk astonished everyone, starting from himself when, during the final he stopped the time at 9”98. New Personal Best and a time which brings him straight into the world track&field books.

One year ago only he established his PB in the the week after getting the national record on the 300m in 31”63, and everybody will remember the 400m final at the World Championships in Beijing in which the South African left the track on a stretcher after conquering title and personal best in 43”48.

Despite his astonishment and happiness for having reached these results, Van Niekerk is still convinced to run only the 400m in Rio Olympics and nothing else.

With that 9.98, @WaydeDreamer moves from 21st to 5th on the list of all-round sprinters: https://t.co/MUkUCgE1zb pic.twitter.com/x090YqLOtX