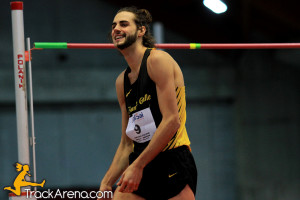 The names of the members of the Italian squad which will take part at the Indoor World Championships in Portland (USA), from 17 to 20 March, have been revealed yesterday well into the night.

Among the names reported by the Italian technical director, Massimo Magnani, three women and two men; the athletes chosen are most likely defined but it may happen that some other name will be added in the list, in the next hours, on the basis of IAAF selections to respect the so-called “target number” rule.

Among the male athletes Marco Fassinotti and Gianmarco Tamberi for the high jump, whereas among the female ones Gloria Hooper for the 60m, Chiara Rosa for the shot-putting and Alessia Trost for the high jump. Giulia Pennella, the Army hurdler, renounces the participation, even though she obtained and confirmed more times the entry standard.