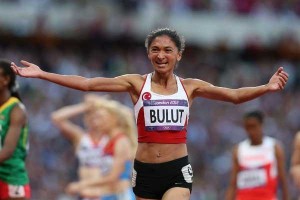 It is a recent news that Gamze Bulut, first silver and then Olympic gold on the 1500m, would be implied in the usage of forbidden substances.

The irregularity was stated after the control of the biological passport, which resulted to be not exactly crystalline, and which might open the doors to the disqualification of the Turkish athlete.

At this point, that sad 1500m London 2012 race will remain in the history as the most faked and reshuffled, waiting for those medals to be eventually reassigned or removed once for all.

The phenomenon is getting more and more a paradox, especially considering collateral effects.

Let us take a step back to four years ago: Olympic final of the 1500m woman:  Aslı Çakır Alptekin wins,  Gamze Bulut is second, and following there are Jamal, Tomashova, Aregawi, Rowbury, Klocovà, Kostetskaya, etc.

Among the racers of this final, the most important loot caught by the Antidoping was for sure Aslı Çakır Alptekin, who was disqualified for eight years, losing four titles, the Olympic one included.

Clearly, this did not end up here. After the London final Natallia Kareiva and Ekaterina Kostetskaya were banned as well, the 7th and the 9th classified respectively.

On the wake of the ARD documentary, the systematic doping Pandora’s vase, Tomashova was caught with dubious blood levels. Last but not least, a few days ago Abeba Aregawi tested positive and she is still waiting for B sample.

The 2012 Women's Olympic 1,500m final now looks like this without those who have tested positive: pic.twitter.com/RZRDYMryRG

This is the umpteenth insult for the Turkish athletics, which seems not able to find a way out from this oblivion.