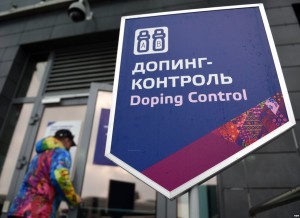 Here we go again. It seems that Russian athletes are not caring at all about all WADA and IAAF warnings. This time, the 17 year old hurdler Maxim Kosyukov failed a doping test.

In fact, the althete tested positive for methelonone after he won the junior Russian Championships on the 110hs. Such substance, found in the body of the Bielorussian shot putter Nadzeya Ostapchuk during London 2012 as well, allow to get advantages for the muscle mass with limited, practically any side effects and, also for this reason, it is considered one of the most “safe” doping substances.

The young athlete has been expelled from the track for four years by the Russian Olympic Committee (ROC); athough, what is actually causing a sensation is that this is the umpteen case of doping in Russia and the athlete is really young.  Is it really necessary to do that to become a champion? The question should be forwarded to the Russian athlete.

To safegard the “clean” Russian athlete, the ARAF General Secretary and IAAF’s Council Member, Mikhail Butov, hopes in a world meeting of the Olympic institutions in Monte Carlo, on 10 and 11 March, to define the situation before Rio.

During an interview fot the Russian newspaper, TASS, Butov said: “I need to explain to my colleauges what we did in the past, all the measures we took and, above all, what ARAF is going to do for the anti-doping.“