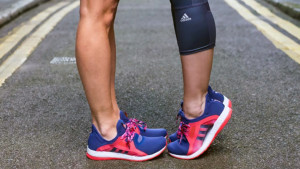 Not so many athletes managed to come out; the most famous was Bruce Jenner, Combined-Events Olympic Champion who changed sex some time ago. Sometimes, the most common fear is to lose the sponsor, this is the reason why it was so few the number of athletes coming out.

The big sport companies are trying to put the athletes at their ease and, actually, this is a perfect marketing strategy; in 2012 Nike launched the campaign Be True inspired to LGBT community and in 2013 it came forward to sponsor the American major league athletes which had come out.

Some days ago, the giant company Adidas took side adding a clause in the contract: “Adidas acknowledges and adheres to the principles of diversity, as this is a central part of the Adidas group philosophy. Therefore Adidas warrants that this agreement will neither be terminated nor modified in case the athlete comes out to the public as a member of the LGBT (lesbian, gay, bisexual and transgender) community” giving a sort of security to the sponsored athletes that their sexual orientation will not change anything in the contract conditions and showing to be against such kind of dicriminations.