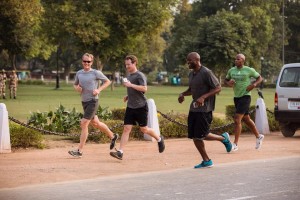 Mark Zuckerberg, Facebook’s owner, recently published a post with his newest idea for the new year. After the success of 2015 ”A Year of Books”, it is now time to tie up our shoes and start running: 2016 will be the year of “A Year of Running”.

As Mark announced, it will be about running 365 miles in a year, but probably he forgot that 2016 will be a leap year!

The distance looks huge but, in truth, it is only about running 1 mile per day, precisely 1609.344 meters, just a little bit more than 1.5 km which, according to Mark, will not require more than 10 minutes per day with a quiet pace.

Moreover, a group has been created to share one’s own experiences and periodically posting one’s improvements.

This is an initiative born under the idea of having a healthy 2016!

I have a physical challenge for 2016 as well.I’m going to run 365 miles and I’d love for as many people in this…