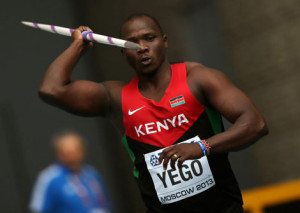 The 11th of December at the Safari Park Hotel in Nairobi the annual Gala, in which the Kenyan athletes of the year are announced, was held.

The current World champion of javelin, Julius Yego, with his incredible 92,73 crushes the African Record and earns the title of “Athlete of the Year 2015”.

The World pluri-champion hurdler Ezekiel Kemboi only prevails in the category long-distance, whereas the best sprinter is the world champion Nicholas Bett with his 47.79 in the 400Hs in Beijing.

For what regards women, instead, Vivian Cheruyor, two times World champion and heroin of Beijing, grabs not onlt the “Female Sports Personality of the Year” title but also of athlete of the year in the long-distance.

During the manifestation the ex  “Athlete of the Year” David Rudisha and the World Champion of Cross-country Geoffrey Kamworor were also presented and awarded.