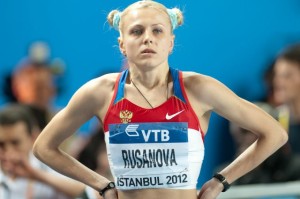 The organizers of the Meeting Weltklasse in Zurigo, the Meeting which is part of the Diamond League, decided to create a fair-play project after the recent doping events which shocked the world of athletics.

“The events from the last few months showed that sport fundamental values suffer if there is a lack of fair play and moral courage. For this reason we thought about what we can do as organizers of one of the main Track&field Meetings to contribute and to promote honesty”, the co-director of the Meeting, Cristoph Joho, states.

One of the strategies of the Meeting consists in not inviting the athletes who had a ban equal or superior to two years to compete, but they want to go further and, along with the Swiss Federation and the Swiss Antidoping Agency, they decided to organize a series of events and meetings in the week before the Diamond League leg.

Two special ambassadors have been named: the Russian Yulia Stepanova and her husband Vitaly Stepanov who brightly contributed in explaning the doping situation in Russia. Both of them risked a lot speaking and helping to find out what was going on in their nation, and for this they will be models of honesty and moral courage. “To become ambassadors of the Weltklasse Zurich Fair Play is a great honor and a great tribute to our efforts – Stepanova states – And we hope that this new role will help us in the fight for a fair and clean sport”.