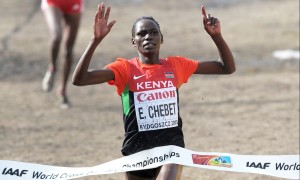 Athletics Kenya finally dropped its mask and began its counterattack in this witch-hunting period.

Seven names were taken in consideration and one in particular is very important.

Among them, Emily Chebet surely is the “big name”, who will make people discuss about a possible re-appointment of the medals. Chabet, in fact, won the cross World Title in 2010 and in 2013 in Bydgoszcz. The disqualification, which will last until the 16th of July 2019, was caught for usage of Furosemyd, a forbidden substance.

How many more medals will be reassigned with an excuse mails? We will see.