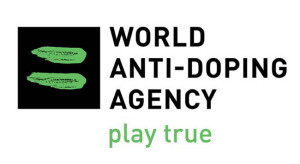 In 2014, the German TV broadcasting ARD launched a documentary about the doping in Russia accusing the State to dope the athletes and, later, to hide the positivity for the well-known athletes.

These have not been the only allegations, in fact in 2015 a new documentary dealing with some doping cases likely covered up by IAAF has been presented; the cases were about 12.000 blood tests from 2011 up to today obtained by an anonymous source in the World Federation.

For both cases, WADA set to work to verify the authenticity of the allegations and to try to unmask the athletes who had used doping substances, as well as trainers, doctors and everyone who belongs to these organizations.

Today WADA asks everyone who has new information about these two doping scandals or everyone having some suspect about improper deeds for a hand in order to intervene and safeguard all the clean athletes.

They ask to fill the report available at this link, it will be completely anonymous and respecting the privacy. Everyone can contribute to make the athletics a clear sport!