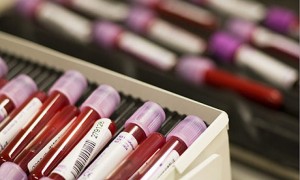 Another bad story of doping hit the world of athletics in these days; WADA published a “Black List” in which 114 among doctors, trainers and ex-athletes are named, and who the athletes are forbidden from having any relation with.

The President of Wada, Creig Reedie, believes that the decision to assume doping is not taken by the athletes themselves in the first stand, but from the people around, who convince them to use substances to improve their performances. For this reason, the athletes who will have relations with the people inserted in the list wil be disqualified for one year after the first violation and for two after the second one.

The names in the list belong to people who have been sentenced for use of doping: the most represented country is Italy, with 61 disqualifications. They are mostly doctors and trainers who the Italian antidoping agency condemned; among the other important names, there is also Viktor Kolenikov, head of the Russian racewalkers.

As WADA stated this list has been created including only the people who have been sentenced by their own country and thus, it might result incomplete; a reason why there are some countries, such as Italy, more present than other ones is because more controls are carried out and more sanctions are issued compared to the other countries which try to hide the scandals or where the doping control system is not working as it should.