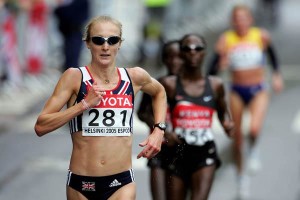 There is some chaos going on in Great Britain, after the not so fitting statement of an English deputy.

The parliamentarian Jesse Norman, member of the Culture, Media and Sport Select Committee, during a parliamentary meeting called up to discuss the revelations from Sunday Times and the German network ARD, stated that the British winners of the London Marathon have allegedly been suspected.

A sybilline and veiled sentence which had the effect of shifting the attention to the athlete who fits more the description of “winner of the London Marathon”: Paula Radcliffe, who, despite not having been explicitly cited, is the only not-disable British athlete who has been able to win the prestigious London competition since 1996.

Radcliffe has immediately and ferociously answered to these, if also veiled, accuses of doping, claiming to be extremely upset and surprised by these statements, and absolutely denying implications with the world of doping during her career.

“I am devastated. To me, the link to the accuses of cheating is a damage to my name and to my reputation, which will never be able to be totally fixed” the marathon World record holder stated.

Further answer came by Mr.Normal as well who rapidly clarified his position to BBC Radio: “My comments have been taken outside of their context. Nothing could be farther from the intention of committee not to call names; in fact, no details have been revealed, no accused made, no test has been described or made public.”

Paula Radcliffe continued on her defensive line, stating that, during her career, her tests have always been free from any doubt.

“I welcome any further investigation, if necessary, I will continue to fully support and help the research to find and remove those who have cast a giant shadow over athletics, which shamefully risks to blend innocents with culprits”.

Radcliffe clarified her position on her personal website, in a long text which you can find linked in her tweet from the 8th of September.


To read the statement I have released today, please follow this link http://t.co/JlNk0RIT0e