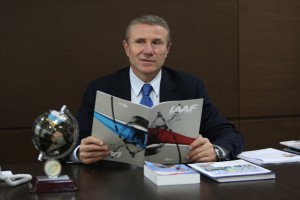 “No tolerance for doping”, this is the message that Sergey Bubka, the candidate for IAAF presidency, is sending over and over.

During a press conference in Paris, he stated he aims to work in very close contact with WADA so as to fight efficaciously all the athletes using drugs and to defend the honest ones.

His opponent for presidency, the British Sebastian Coe, would instead prefer to open an independent anti-doping agency for the athletics but, doing in this way, Bubka says, all the loans, the scientists and doctors that the government is sending, would be lost.

Bubka’s idea is to involve more and more youngsters in the world of athletics and to make the athletes examples to imitate, leading young boys and girls to an active and healthier lifestyle.

Obviously, a lot of questions about the hero of the moment, Justin Gatlin, start to arise; after two stops for doping, he seems to be in his best shape ever. Could he be considered as an example to imitate, despite this?

He could be, according to the king of the pole vault, because the athlete was following the American rules in that moment. He particularly focuses on this point, stating that creating universal laws against doping, on which all the countries agree on, is impossible.

About the temporary stops and being halted permanently, he declares to be in support of straight rules and regulations but that doing this, the human rights will be impaired. “No excuses for doping – he says – In my opinion, who makes a mistake has to pay its consequences. It’s over. I don’t want to see anyone else who cheats and then comes back; but can we legally do it? That’s the problem.”