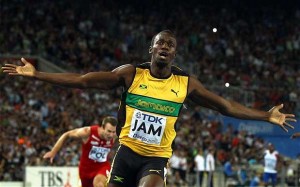 After withdrawal from two Diamond League events and Jamaican Trials we are all wondering where is the old Usain Bolt.

Answer arrives directly from his coach, Glen Mills. No good news unfortunately. The lightning could not be able to compete in World Championships because of some pains who concerned Mills about his athlete’s health.

Diamond League’s partecipation has been excluded for a damage in the pelvic region, differently from Jamaican Trials missed to focus on the training; Bolt indeed tried to get back in shape with no luck. His SBs this year are not lower than 10″ on 100m and 20″ on 200m.

The Jamaican sprinter is in Germany now, under doctor Müller-Wohlfahrt‘s control. He has been following the athlete for two years and he has the last word on Bolt’s World Champs partecipation.