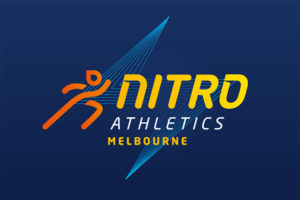 It looks to be a very interesting event, the one organized by Australian Athletics in February

Some weeks ago the event was presented in Melbourne, at the presence of his majesty Usain Bolt, and even though not much about it was known, it was already clear that Nitro Athletics is yet to bring new prespectives to the athletic world.

Finally, the disciplines in which the team will compete have been disclosed

The main characteristic of all the competitions is that they break up with all the classic rules, bringing a fresh wind in a sport that hasn’t seen a lot of changes since being invented a thousand of years ago.

The winner is not the fastest or the stronger anymore, a little strategy is added to make the outcome unpredictable.

One of the most bizarre game will be the javelin throw to target. It won’t be about throwing the furthest anymore, the goal is to hit a target zone. Another interesting idea comes from the Fly Europe street athletics circuit: pole vaulter will face preset heights that will be all added up to draft the final ranking.

Athletes will also run a relay with hurdles (as inspired from the Drake Relays) and will try to do their best on a race during which after every mile, the last athletes in the group are eliminated.

You can read the full programme of the event at the end of the article. We are sure it will make you wait impatiently until the 4th, 9th and 11th of February.
However, a last question remains: who will be the members of the Usain Bolt and All Stars team?