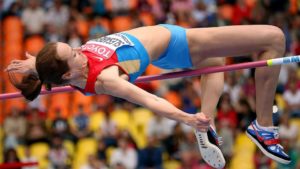 International Olympic Committee with an official note on its website announced that Elena Seslarenko from Russia and Vita Palamar from Ukraine will be stripped of the results obtained in the High Jump during the Beijing 2008 Olympic Games.

The decision came after the positivity to a banned subtance found in a retest of the samples collected the competition day.

Both the athletes have been found positive to turinabol, a steroid used in the well known doping state program in the Eastern Germany (DDR) days.

Seslarenko and Palamar ranked respectively fourth and fifth in the women High Jump final in Beijing 2008. Seslarenko should have been awarded of the bronze medal after the disqualification of the connational Anna Chicherova due, again, to a positive retest.

These new failed tests mean that the bronze medal will shift to Chaunté Lowe (USA) who ranked sixth in the original competition.