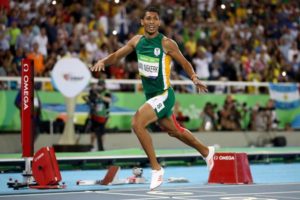 Six athletes are left to compete for the ”IAAF Athlete of the Year 2016” award after the first vote.

The three males are Usain Bolt, Mo Farah and Wayde van Niekerk while the females are Almaz Ayana, Elaine Thompson and Anita Wlodarczyk.

The finalist have been choosen with a method which considers the vote expressed by: IAAF Council (by 50%); National Federations, committee members, IAAF meeting directors, IAAF members and partners, athlete representatives and international press (by 25%); athletics enthusiasts on social networks (by 25%).

Winners will be announced on Friday, 2nd December during the IAAF Award Night in Monaco.