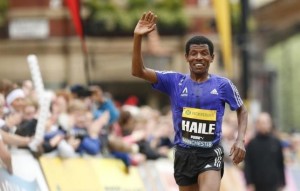 The Ethiopian Athletics Federation has got a new president: Haile Gebrselassie.

His candidacy was promoted some months ago already, and yesterday the Olympic Champion announced his election on Twitter.

Two years have passed already from Geberselassie’s retirement, but he never totally left the Athletic world and in March, when six Ethiopian where investigated about doping, he stood against this practice declaring: “When an athlete uses this substances, he betrays the whole country, and his country’s scorn is worse than any imprisonment or disqualification“

I feel so honoured to be elected president of the Ethiopian Athletics Federation! Will work on a great future for Ethiopian athletics!

Gebrselassie is an athlete who lived for athletics and witnessed a lots of great changes in this sport during his long career. We believe that his experience and expertise will bring great support to Ethiopian athletics.