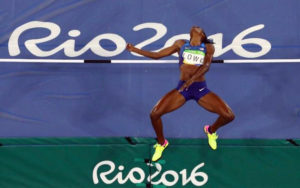 Rio Olympics should have been the cleanest in recent years after the controls led by the World Anti-Doping Agency on Beijing 2008 and London 2012 samples, to keep far from the track all the athletes who had cheated in the past.

Nevertheless, a new WADA report described Rio’s anti-doping system as a fallacious and useless one.

Some tests (about 500) are missing because lots of athletes tourned out unreachable, and only 50% of expected controls did actually take place.

Moreover, around one hundred samples got registered with wrong data so their actual origin is obscure and another mistery hovers over a sample which was missing until two weeks after the end of the games.

WADA pointed out some errors about the helpers too: they weren’t able to inform the athletes about the tests they should have undergone. To avoid this situation, which could have helped to evade controls, all volunteers during Olympics had to be experienced.

In its turn, Dr Richard Budgett – medical and scientific director of CIO – described the anti-doping programme which was carried out in RIO as a successfull one, in spite of some modifications. We must remember that brasilian laboratories had to wait until one month and a half before the games to start their activity, because they didn’t satisfy WADA’s standards

On the other hand, WADA’s president Sir Craig Reedie, spotted some difficulties in the collection of the samples due to lack of funds and volunteers, who often retreated leaving their spot empty and creating problems about following the schedule