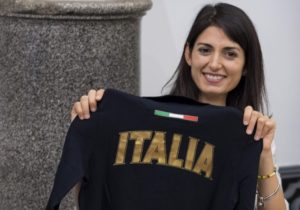 The mayor of Rome, Virginia Raggi, stated during a press conference that the Italian capital is no longer willing to organize the 2024 Olympic Games, and thus it will retire its candidacy.

Raggi spoke against the candidacy ever since her election as major of Rome, stating that the organization of an event like this would have been too much for the finances of the city.

Yesterday Raggi was supposed to attend a meeting the the CONI President Giovanni Malagò to discuss if to support or not the candidacy, but the mayor did not show up and after 35 minutes waiting Malagò decided to leave the Campidoglio.

It is not the first time that Rome withdraws its candidacy for the Olympics; back in 2012 the Prime Minister Mario Monti asked for Rome to unsign from list of the candidate cities for 2020 Olympics, due to the economic crises which was storming through Italy.

The efforts of the CONI President, Giovanni Malagò, and of the Prime Minister Matteo Renzi to persuade the mayor to change her mins were vain.

Virginia Raggi stated though that she plans on increasing the funds to sport and to renovate the run-down sport facilities in Rome in order to give a chance to train to citizens.

Los Angeles, Paris and Budapest are the only cities left in the candidate list.