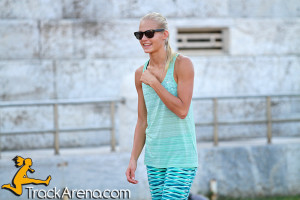 One again the Court of Arbitration for Sports has been asked to rule on athletics matter in Rio 2016.

Yesterday the news of IAAF revoking Darya Klishina‘s allowance to compete despite Russia’s ban emerged. IAAF decided to accept her entry because she is living in USA since three years and she has been under its antidoping program, but new evidences emerged in the McLaren report reversed the situation.

These new information revealed that in the last years some of the samples of the doping test carried out by Klishina have been manipulated.

Despite that, CAS ruled antidoping program which Klishina underwent can still be considered valid.

So, Russia keeps his only representant in Athletics in these Olympics, who will go in action tomorrow night in the long jump qualifications.