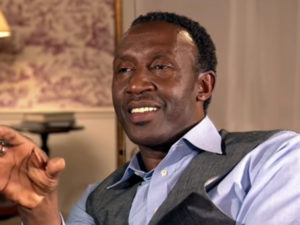 The great day has arrived: the men 100m final; of course, the most awaited athlete will be Usain Bolt.

Old athlete? According to some yes, according to Linford Christie, great 100m athlete, surely not.

The ex-Olympic champion, during a recent interview, lauded the Jamaican leader for his way of planning the important events, defining it “perfect“.

Christie said that most likely Bolt will mount Olimpia’s podium again and that the reason for his success stands on the old-school training that takes in relevant care the velocity endurance not only on the short but on the long distances as well, treating the anaerobic part too.

“Bolt trains the old way with a lot of longer runs“, said the 56 years old Christie. “Anyone else wants a shortcut, running 150 meters and a lot of 60 meters. They’re quick but when it comes to putting it out there they are not strong.”

Christie added that the six-times Olympic champion is a “monster”, whom presence intimidates the opponents even before the starting of the race.

“I don’t think you can ever write off Bolt” Christie said “His presence alone is part of that.”