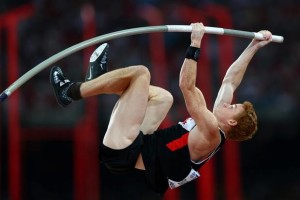 The Liège International Meeting will take place today starting from 19.00 in the Belgian town Liège; even though it is a less relevant meeting, it will involve high levels athletes.

The Beijing pole vault champion, Shawn Barber, will be present; on the 400hs, instead, there will be Quincy Downing, born in 1993, who, despite he came 6th at the USA Trials with a time of 49″60, can boast a PB of 49″32, actually set during this season.

On the female 1500, the pacer of the great events like Diamond League, Tamara Tverdostup will participate with a PB on this distance of 4’07″43.

There will be a paralympic battery of 100m where the golden medal at London 2012, the Belgian Merieke Vervoot, will be ready to defend the title awarded four years ago.