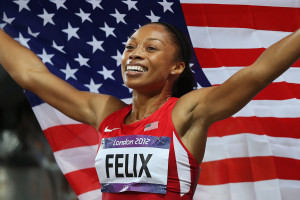 The Trials, organised in Eugene (USA) to define the United States team that will participate in the Olympic Games in Rio, ended on the 10th. Among the participants, there was Allyson Felix, who did not succeed in doubling 200m and 400m.

In fact, Felix, after having amazingly won the 400m during the trials, had to give up participating in the middle track race in the Brasilian competition since, during the trials, she ranked 4th, one cent more than the third position, that would have allowed her to take part in Rio, along with Tori Bowie, Deajah Stevens and Jenna Prandini.

Therefore, to change the timetable of the events, as asked by USATF to CIO, was useless since Felix will not defend her title, awarded on 200m in London 2012.

On Instagram, Felix was very sorry about what happened, congratulating the athletes ahead of her in the 200m.