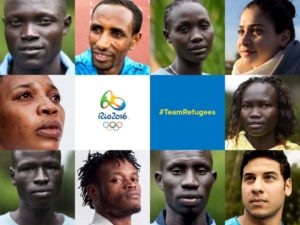 On Friday the 3rd of June, the International Olympic Committee announced that a team composed of 10 refugees will take part at the Rio de Janeiro Olympic Games, and six of them will join the athletics competitions. Five of them come from South Sudan and one from Ethiopia and they will be united the Olympic flag during the opening cerimony.

A message of hope for who lives in war-plagued zones and experiences social problems that the IOC President Thomas Bach wants to bring to everyone’s attention, considered the growing entity of this crisis.

Bach states: ”It is a signal of the international community stating that refugees are still human being and they are an enrichment for the society ” and also “These refugees athletes will be able to show the world that, despite the unimaginable tragedies they endured, anyone can contribute to the society through their talent, their skills and their will strength”

IOC’s will is that refugee team will no longer be needed in future.