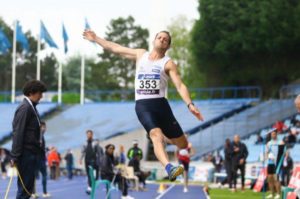 In France last week-end athletes were busy in the final of the Club Championships in Villenueve d’Ascq.

The daily news comes from the world pole vault record holder Renaud Lavillenie, who competed both in the 110 hurdlers and in the long jump for this occasion. This is not new from him, he has always taken part in these two events and yesterday as well he did not miss the chance to collect important points for his team, the Clermont Athletisme Auvergne.

On the 110hs, he finished in a great time of 14”54, sixth on the battery, seventh in the total ranking and with a time quite close to his personal best set at 14”51. Instead, on the long jump, he awarded the third position with a result of 7,16m. To top it all, he run the last fraction of the relay 4×100 bringing his team to the 5th position with 43”04.

“Le Roi” contributed to the sixth position of his team, where his younger brother, Valentine, was competing as well in the pole vault; he kept the leadership of the specialty in Lavillenie family in with an height of 5,60m.

During the same competition, the top sprinter of the French National Team easily won: Christophe Lamaitre run 100m in 10”18 and Jimmy Vicaut imposed himself on the 200m with 20”83, still far from his better performances.