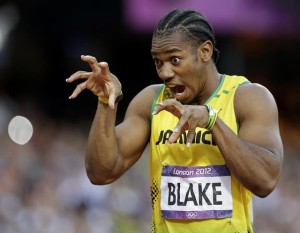 The last three years have not been lucky at all for Yohan Blake, the Jamaican sprinter who, in a short time (above all between 2011 and 2012), established himself as one of the greatest rivals of His Majesty, Usain Bolt.

Unfortunately, since 2012, Blake’s seasons came after each other with a long series of accidents that stopped only in 2014 with the 4x200m at the IAAF World Relays, successfully completed with the world record.

It seems that Yohan Blake has came out of the tunnel, opening his 2016 (Olympic year) with a 100m that gives a lot of hope.

Who knows if Yohan Blake will raise his voice as at London Olympic Games Eve in order to extort the scepter from the fellow countryman Usain Bolt.