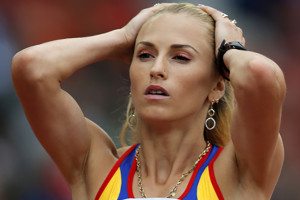 It seems the positivity cases for Meldonium are more and more increasing, in fact, in the last months a lot of athletes tested positive for this illicit substance.

The protagonist of the umpteenth “crime” sport news case is the Romanian Mirela Lavric who had awarded the bronze medal in the 4x100m relay race at the World Championships in Portland. The 25 years old athlete, interviewed after the news, stated: “I’m an high level athlete, I’ve competed since years at high levels and I did good performances. I’ve always done the anti-doping tests at national and international level, I’ve never failed a dope test; I’ve run clean, we’ve practised the sport in a clean way. As you know, this medicine is a world problem, I’ve used it but only since December 2015″.

Moreover, she added: “It was prescribed to me after different problems, such as my sinusitis and other chronicle cardio problem; I’ve always had the medical prescription. Now, I’m pretty shaken and I’m trying to be strong to go ahead. Meldonium was a medicine allowed to be assumed until December and I’ve used it because a series of problems I had”.

At the end of the interview for Dolce Sport, a Romanian sport site, the athlete said: “I think it’s not fair that all this is happening to me, this medicine was permitted until the time I assumed it. It is a too strong and painful shock for me. I haven’t talked with my relay mates yet.”