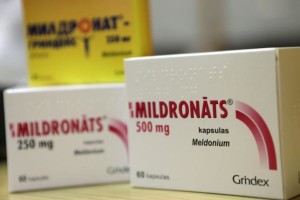 Since 1st of January 2016, when Meldonium has been introduced among the forbidden substances by WADA, many athletes failed the antidoping tests and have thus been temporarily suspended. Some of these athletes might not have to pay any punishment for that and rather have all the allegations dropped.

In fact, it looks like it is not so easy to actually understand when the athlete introduced the substance in his body and, at the moment, it cannot be clearly assured that it was done before the said 1st of January. WADA decided to ”tolerate” Meldonium precence up to 1 microgram, and only for the tests carried out before 1st of March.

Studies are currently being carried out to understand how long Meldonium stays circulating in the body, until that moment all the athletes who match WADA criteria will have their ban suspended.

A giant amnisty might thus take place towards all the athletes tested positive who might have taken the substance by negligency or without blame. The hope for some athletes, like Endeshaw Negesse and Abeba Aregawi, still lives.