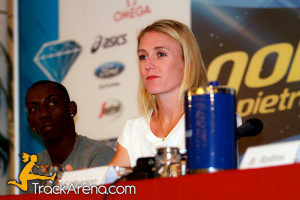 Three days ago, during the Gala Dinner, the Australian Federation announced the names of the first athletes selected to make the olympic team for Rio.

Currently, 36 athlete will take part in the team led by the hurlder Sally Pearson who, after the fracture of the wrist, is back in a even better condition than before.

The athlete competing in the Marathon are still missing but they will be selected by the end of the month. The race walking and the 10.000 team will be decided in May while the athletes competing in the remaining speciality will be chosen in July.

Here are the athletes of the Australian team.