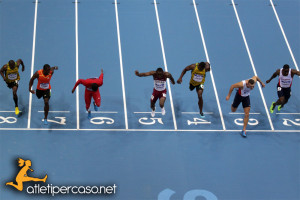 2016 has been the test year for IAAF World Indoor Tour, a race track organised by the World Federation to promote Track&Field in four cities.

Because of the success of this edition, IAAF decided to add a stage to the circuit that will start on the 6th of February 2017 and will end on the 20th of Febraury. In addition to Karlsruhe (Germany), Boston (USA), Stockholm (Sweden) and Glasgow (Great Britain), it has been added a new stage in Dusseldorf, in Germany, for 2017.

Instead, in 2018, a new meeting spot in a non-European city will be added, so that to have a six stages circuit around various world cities with the aim to attract more and more people to Track&Field.

Thanks to this circuit, the Indoor season shaped: 20.000$ have been set as prize along with the wild card that allowed the athletes to directly take part in the Indoor World Championships. There were a considerable number of participants and spectators and a greater attendance is foreseen for the next editions.