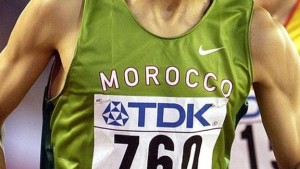 Morocco had been eagerly waiting the news since 2014, when it submitted the application and now that request became reality: Morocco, Rabat more precisely, will host a leg of the Diamond League.

This important step has an exceptionally symbolical value: since the Diamond circuit existed, Africa had never contributed in hosting a leg.

The Mohammed VI International Meeting which is host in the Moroccan capital every year will replace New York’s leg starting from 2016.

The American city had to step back for this season because of incumbent refurbishing works.

Mark Wetmore, director of the New York Meeting commented: “We are looking forward for the production of a new event, we cannot wait for it. We are focusing on the idea of making the event interesting for a younger public.”

From the other side of the Atlantic Ocean, instead, Abdeslam Ahizuone, president of the Rabat meeting, stated: “This is a moment of pride for the atheltic community in our country and for the Morrocan sport international reputation in general. The inclusion of our meeting in IAAF Diamond League is a clear statement of the capacity of our country to deliver the highest quality product in the international sport.”

The meeting is set to the 22nd May 2016, when Rabat’s doors will open to the diamond conquerors.