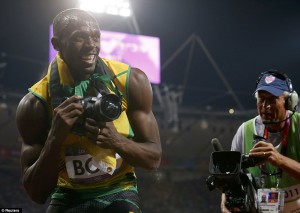 In these last months Usain Bolt has been in front of camera many times because of the numerous commercials he took part in.

Although, after all these years he decided that, besides to win medals he can do something more for his country.

In fact, according to the website jamaicans.com, the multi-olympic champion stated he will not take part in shootings outside Jamaica, so as to bring more jobs in the Caribbean Island.

Bolt’s sense of belonging is really strong, but it is also true there are not so many people able to impose their will on the sponsors and on the customers up to persuade a whole équipe to take a plane.

But, actually, we are talking about the faster man ever.