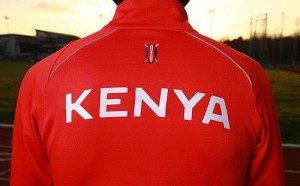 Another negative judgement came from WADA about the Kenian anti-doping situation.

After having imposed an ultimatum to Kenyan Athletics to regularize themselves according to the international antidoping code, WADA announced that the homeland of the middle-distance was inserted into the watchlist among the nations which risk the suspension.

The decision was taken after realizing that, despite the numerous warnings to create a an indipendent antidoping national authority, the proposal is at this day stuck in the parliament, along with the request of funds for its correct functioning.

For the World Antidoping Agency this is a bad sign, especially in this period in which all the turmoil created by the Russian scandal has to be set down as soon as possible. The new IAAF president Sebastian Coe said to be ready to ban the whole Kenyan track and field, just as he did for the Russian one, if the action would result necessary to defend the precarious reputation owned by the queen of all the sports.

Kenya’s partecipation to the Rio Olympic Games is getting further and further. Six months are left, will they be enough to build from scratches an antidoping system?