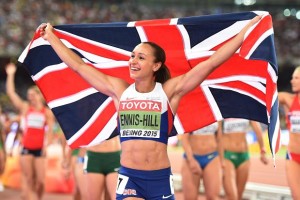 After Sally Pearson, another great athete renounces the Indoor World Championships in Portland so as not to compromise her partecipation to the Olympic Games in Rio.

The British runner Jessica Ennis-Hill will not take part to the World competition because of an injury to Achille’s tendon that does not allow her to continue her indoor season.

“My priority has always been Rio and I do not want to take any risk – the athlete says – I am frustrated but I know that this is the right approach.”