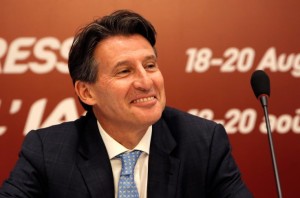 Indiscretions, investigations and whispers regarding IAAF clearly schoked Sebastian Coe, who just stated he will not allow a 2016 similar to the one just past.

”I am the president of an International Federation which is under severe investigations and I represent a sport which undergoes harsh scrutinizing. I want no doubt I do not take this role seriously.” After that, Coe announced that the IAAF antidoping budget will be risen to 5.54 millions pounds (almost 7 and a half milion euros). Aside from the budget increase for the fight against doping, Coe will name a new Chief Executive until the the half of June 2016 and he will establish a separated control unity for the pre-Olympics control.


“In my view this sport has to attract more and more youngsters. The average age of people watching athletics is 55 years. This is not sustainable.” Coe stated.

Further, the IAAF president added: “Track and Field must be a sport in which the athletes, the supporters, media and parents can have faith in, in which the effort is awarded and celebrated“.