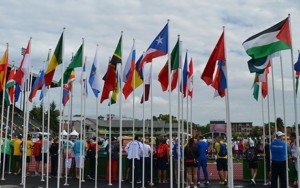 After the reassignment of the international manifestations beforehand given to Russian, IAAF quickly started working to reopen the announcements of the competitions, so as the cities willing to receive such important world manifestations could interfere.

Mexico with Monterrey, Ukraine with Kiev, Ecuador with Guayaquil and Italy with Rome are the countries competing for the Racewalking World Championships.

As regards the Junores World Championships, the only country who asked for was Polonia with Bydgoszcz, town which has a considerable tradition in the organisation of important young meetings.

The decision will be taken, via electronic vote, on the 7th of January.